Wow perfect weather for this week’s market after a chilly weekend – but guess what? This is exactly what we need for some of our seasonal fruit and vegies to flourish.
Celery is a cold weather vegie – it needs this cooler change as do cauliflowers and some of our citrus need chilly nights too. I was fascinated to discover that blood oranges become “bloody” when exposed to cold temperatures during development or after harvest. Unfortunately our very dry summer has meant that our citrus grower from last year – Steve Cousins – has such a small crop that he will not be coming back to the market this year. Fortunately though several of our other farm stalls grow citrus in addition to their main produce range so we still have citrus throughout the market – just not all at the one stall. 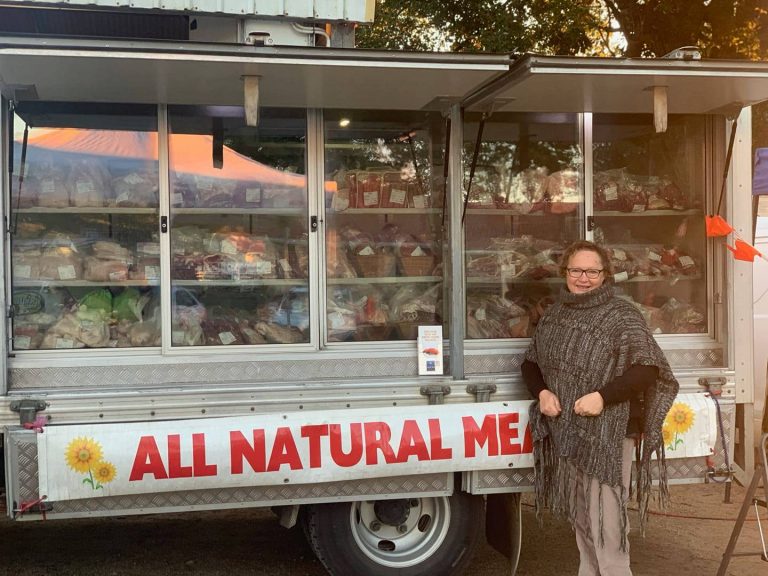 Last week for All Natural Meat Co 😔
With mixed feelings we say farewell to Lee, Hayden and Jorja from All Natural Meat Co. The family has been at the market almost since it began back in June 2011. Within weeks they decided to become a stallholder and they have built a loyal following with their customers over the years. But life brings us many joys and challenges and the past year has seen some difficult times for the family since the very sad and unexpected passing of Peter. So they have decided to sell the farm and move on to new beginnings. Hayden and partner Jess have plans and Lee and Jorja have new ideas and are creating new opportunities for their future too. We thank them from the bottom of our hearts for their presence at the market over the past 9 years. We are sad to see them go but thrilled that they are now doing what is important to them. We wish them every success and happiness with their plans for the future.

Caribbean Sorbet
Enjoy some warming caramelised bananas this week made with passion by Mateo and served with a refreshing scoop of coconut sorbet. Yes!  Mateo of Caribbean Sorbet is back for the next 2 weeks for you to restock your sorbet supplies.

We also welcome back 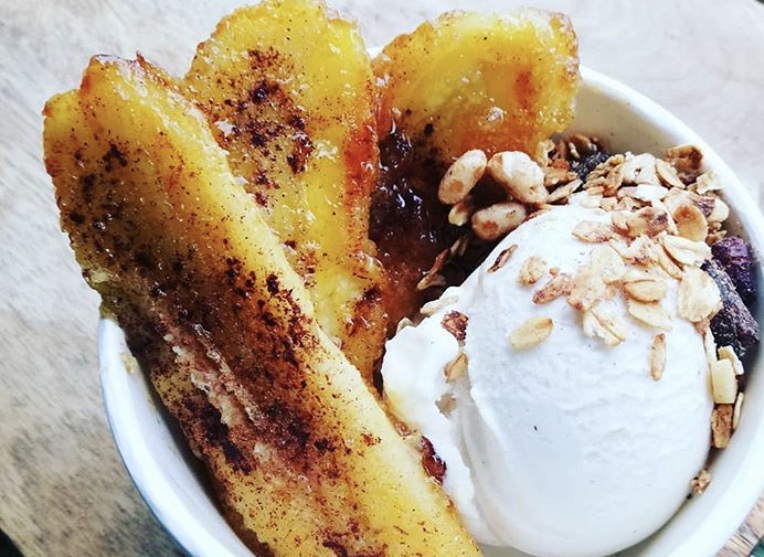 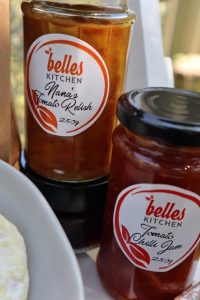 A head of cauliflower is such versatile vegie that goes a long way. It blends beautifully when cooked in soup either as part of a vegetable soup or in a pure cauliflower soup. It is delicious as a winter side dish when made as a traditional cauliflower cheese.  For anyone avoiding grains or starches such as rice – cauli makes a great rice substitute – and I am including a recipe for a cauli pizza base as cauliflower combined with almonds makes a wonderful pizza base.

Cauliflower is loved by many of us so it is one of our vegies that prompts some of us to celebrate seasonal eating when it returns to the market every year.  It is a plant which prefers a cool climate and is grown mostly in cool to cold areas as the quality of the head produced will be reduced by hot weather. A wide range of varieties and maturity times means that production can be year round in the cooler areas. BUT it has a relatively short season here in the Tweed.

And …when you buy it from our farm stalls it is so fresh that its leaves are superb to eat. Don’t waste them – they are delicious sliced and added to a stir-fry and to your soups. I love to cook cauliflower in butter or ghee if I’m not roasting it – maybe before popping into a saucepan for a cauliflower soup (see recipe below).

Another wonderful recipe for cauliflower is roasted cauliflower and broccoli topped with tahini humus and served in a bowl. It makes a perfect and delicious meal in a bowl.

Did you know that celery has a fascinating history?
Available at our three organic farm stalls right now it is such a popular vegie with many and it seems that it always has been. Originally a marshland plant in the family Apiaceae it has been cultivated as a vegetable since antiquity.

Wild celery grows in wet places throughout Europe, the Mediterranean lands, Asia Minor, the Caucasus, and southeastward towards the Himalayas. It is believed to have originated in the Mediterranean area and Chinese writings of the 5th century mention it. In fact celery (Apium graveolens) is believed to be the same plant as selinon, mentioned in Homer’s Odyssey about 850 B.C. Wow! How about that!!

Celeriac, or turnip-rooted celery, is a kind that forms a greatly enlarged, solid, more or less globular body just below the soil surface. It is not used raw but is especially suited for use in soups and stews. It is available at Jumping Red Ant when in season. 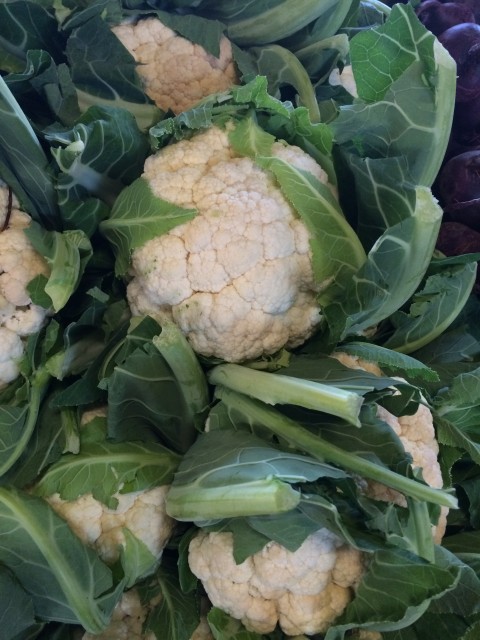 Carrots and Recipes for Carrots & Carrot Greens but firstly ….