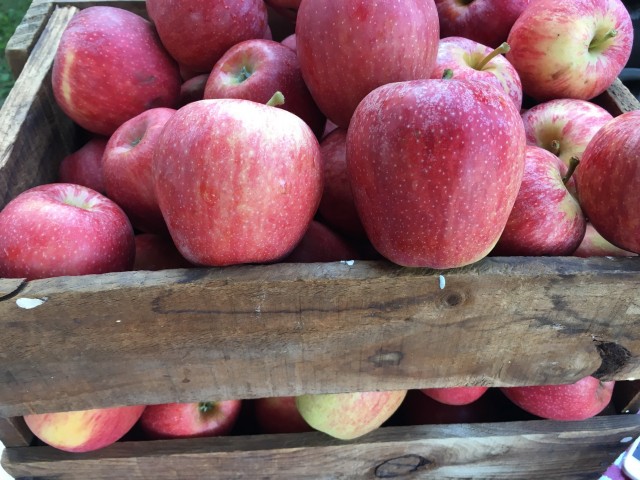 Australia’s favourite apple is back! New season Royal Gala apples signal the arrival of the new apples season in Australia and YES they arrive this week. Nothing compares to the crisp texture and sweet flavour of new season apples straight from the family orchard in Stanthorpe – the place so well known for producing the best Royal Gala apples in Australia.  Characterised by a blush of pink on its skin this dense, sweet, juicy apple is the perfect lunch box fruit. Simply delicious anytime!

In a 2014 survey about Australia’s favourite apple conducted by Source: NewsComAu13 April 2018 the Royal Gala was ranked NO. 1. So grab this favourite while you can. It has a very short picking season.

TIP: The main advice from Aussie Apples is to keep your apples in the fridge. Fruit bowls full of shiny red apples look great in impressionist art, but they’re a sure way to make your apples floury.

Another ugly duckling that when explored reveals a quite extraordinary interior is the mamey sapote.  Mamey Sapotes are a very unique tropical fruit native to southern Cuba and Central America. Underneath its leathery coarse brown skin is a brilliantly coloured bright salmon fleshed exotic creamy fruit.

Some say it is similar to sweet spicey pumpkin and it has been suggested that a mamey pie makes a great substitute for a pumpkin pie but is much easier to make. Similar to pumpkin it suggested that you use seasonings such as allspice, cinnamon, vanilla bean and nutmeg.

I enjoy this very sweet tropical fruit chilled and eaten as is, or mixed into a smoothie, a milkshake or made into ice cream. My smoothie was so thick it turned into the most delicious mousse😋

According to one grower the mamey seed is edible.  The kernel which when shelled and pared with a knife smells and tastes like almonds so this year if am going to test this out.

The fruit can spend up to a year on the tree before it ripens. It is suggested that if you think it is ready leave until soft then wait one more day for a great taste.

TIP: Lightly scratch the skin near the stem. Unripe fruit is orange when scratched and will ripen in a week or less. A fully ripe fruit will give way to gentle pressure. Its skin should be tight with little to no wrinkling. – so different to a ripe black (chocolate) sapote.

For the perfect mid-morning of afternoon smack try enjoy a sweet, delicious passionfruit. 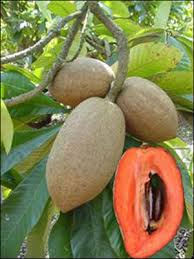 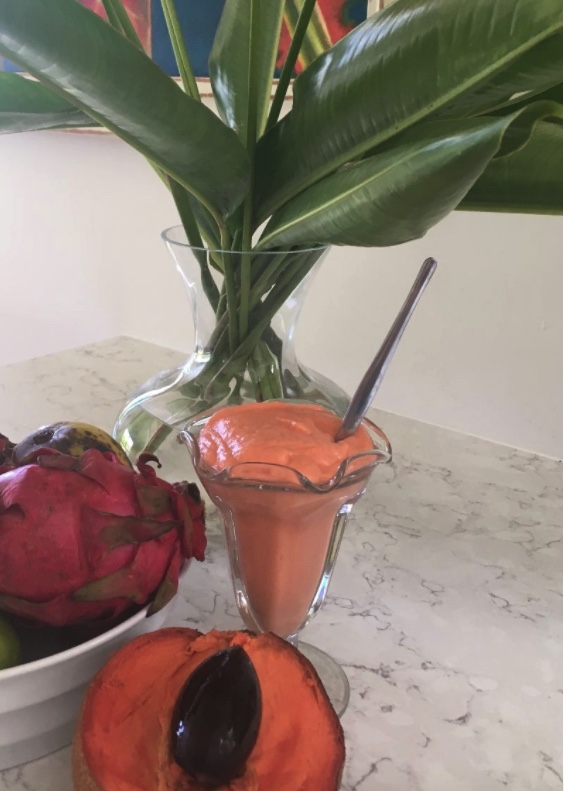 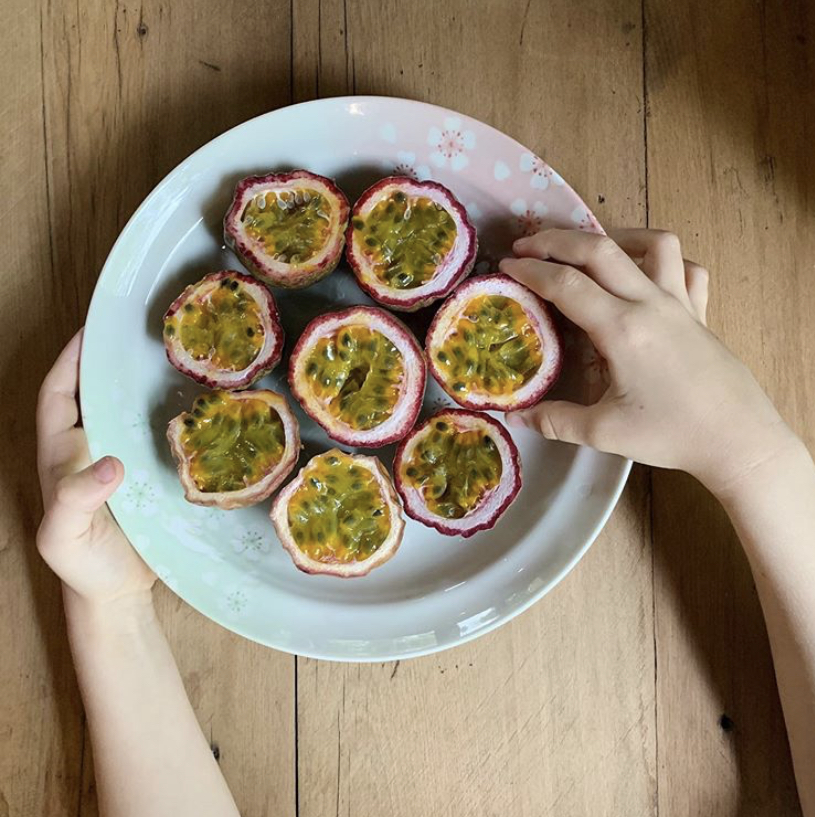 For this and every week’s full market news please subscribe to our market update. by clicking on this button.

Rhubarb has arrived + broccoli and fennel.😋