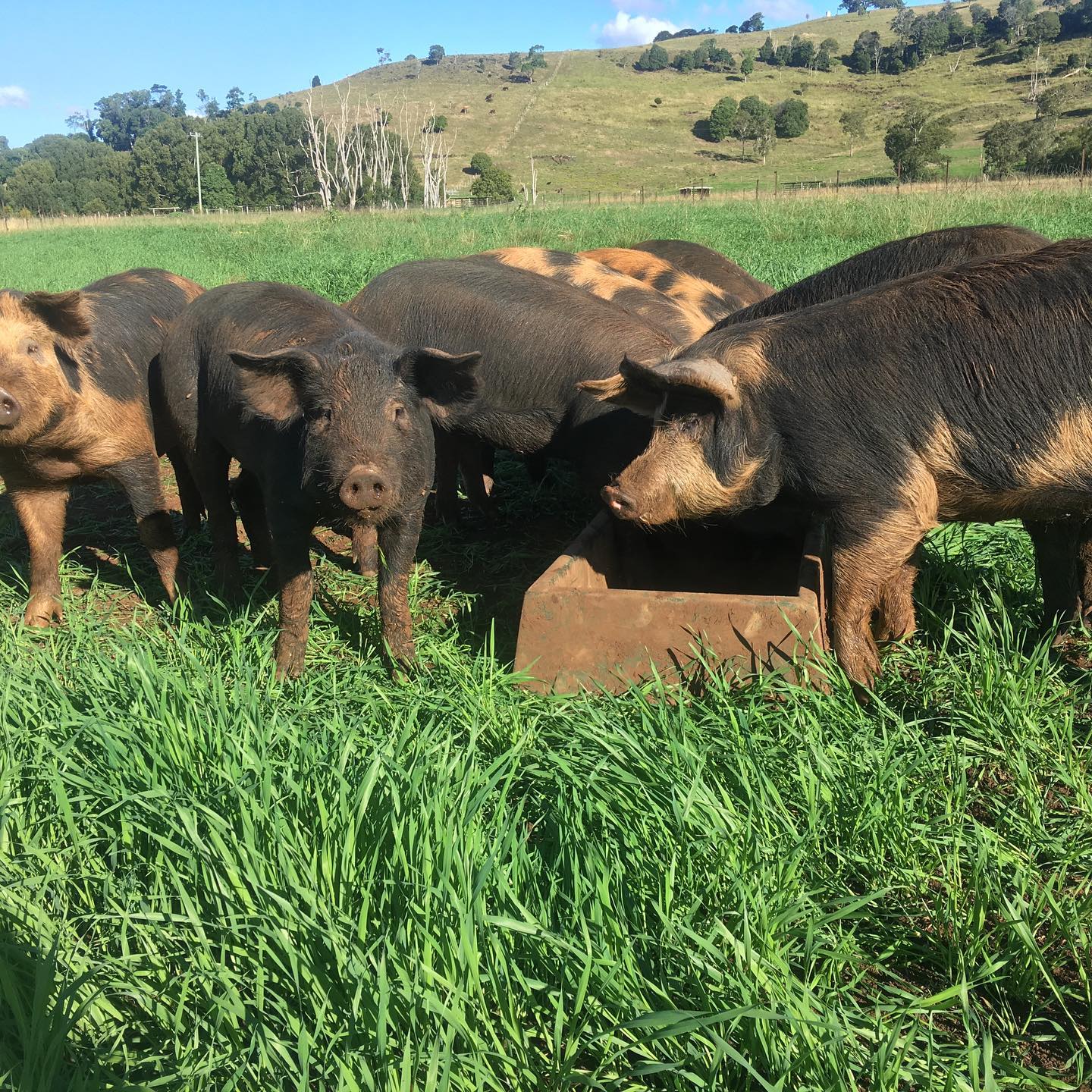 Corndale is where Jerrod (Jed) and Sana Henderson of Esperanza Farm produce theist pasture raised pork and beef. Jed said that their heritage breed large Black and Berkshire pigs are sustainably and humanely raised on their family farm. The pigs live in a natural environment and are free to indulge their natural behaviour – roaming and sunning themselves or rolling in mud. Whatever they wish – they are happy pigs. This contributes to better tasting pork.

Their fresh pork cuts include rolled loin, pork belly, shoulder and leg roasts, loin chops and cutlets and their beef cuts include sausages, mince and rissoles plus various cuts of steak including rump, sirloin and ribeye.

As well as their line of standard cuts  – Jed and Sana have chosen to work with a butcher to produce a range of small goods. Their chorizo is popular and based loosely on Sana’s traditional Spanish heritage and they also have bacon. The photo below shows unsliced bacon but they definitely have sliced bacon for you.
Sana told me that sausages are their biggest seller at their other markets because they use all natural ingredients and herbs from their farm garden. 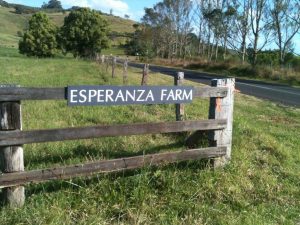